We began our drive south on the coastal highway 200 just south of San Blás, but after our stop in Nayarit, it felt like it was truly beginning as we left Puerto Vallarta. Seemingly endless resorts dotted the scenic coastline, but then the road turned inland and climbed into the coastal mountains along an incredible steep gorge. It was very interesting to see the startling change in scenery from coastal dry jungle to steep mountains and even pine trees, before the road headed back down to the coastline of southern Jalisco state known as the Costalegre. We stopped for the night in Pérula, a tiny beach town with a beautiful giant empty beach and mostly flat bay. The next day we passed the scenic bay of La Manzanilla and camped in San Patricio – also called Malaque – just a short walk north on the beach from Barra de Navidad. The whole area is dotted by fresh water lagoons, and Barra sits on a giant one where it runs into the ocean. The smaller lagoon next to our campground added the threat of large crocodiles to the many predators that would love to snack on Rio, so we had to keep her on a leash unless we were at the beach. The mosquitos were also abundant once it got dark, but we had beautiful hot days with some nice breezes. One day it was windy enough for Mitch to kite on his foil board, which was very scenic with him cruising around a completely empty blue bay for a long afternoon session. The sunsets were also amazing every night, and the towns of Malaque and Barra were very cute. Quite a few retired expats live in the area, and you can see the appeal.

After a few days we headed off again and drove through the state of Colima into Michoacán, to a well known little surf town called La Ticla. A bit before La Ticla the coastal highway began to remind me of highway 1 in California along the Big Sur area – curving up and down the coastal mountains with incredible views of the ocean. The coast was much more remote and we passed seemingly endless empty beaches and coves. La Ticla has a great area of palapas on the beach where a bunch of surfers – a combination of gringos and Mexicans – were camping out, some for long periods of time. It was easy to see why. The beachfront land of La Ticla is mostly owned by the community itself, so it is a remarkably uncrowded giant beach basically devoid of private property. We ended up staying two nights and could easily have stayed longer, but a big swell was coming in and the waves were already a bit above my surfing level. Mitch had fun surfing the two days that we were there, and I enjoyed practicing my surf photography.

Eventually we tore ourselves away from La Ticla and headed south down the Costa Michoacana, another few hours of beautiful but slow winding coastal road. We camped at Barra de Nexpa for the night, another epic surf spot, with a super mellow camp ground and surf shacks on the beach under coconut palms, right at the mouth of the Rio Nexpa. The wide flat river mouth has a huge diversity of birdlife, and the beach was more rocky but with epic waves. The swell was getting big, so we were content to watch the good surfers enjoying themselves. This spot was even emptier of people than La Ticla, probably a bit more advanced waves, but a super special spot we would love to come back to.

Yesterday we crossed into Guerrero state and drove down to La Saladita, a little surf town just north of Zihuatanejo. La Saladita is known for being a great beginner and long boarding surf spot, with a super long left break. It is definitely a bit more crowded than our previous couple of spots, but still a very mellow little town. I am loving learning to surf here, and it’s pretty incredible to have the waves right out our door. We plan to stay here for a little longer before we head south to Oaxaca. 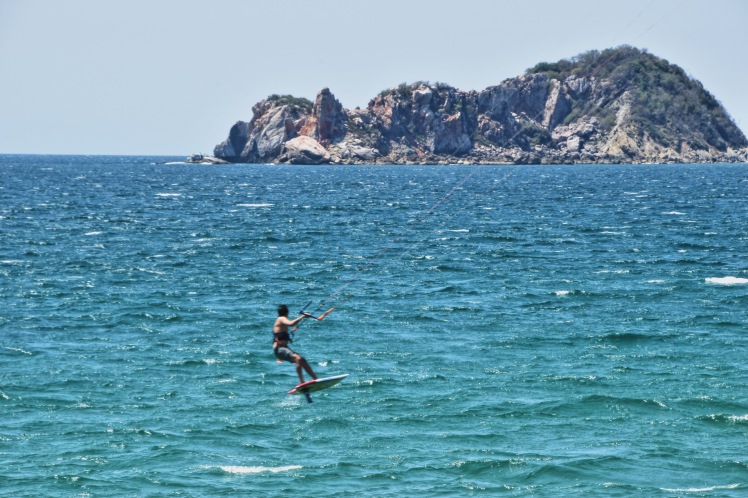 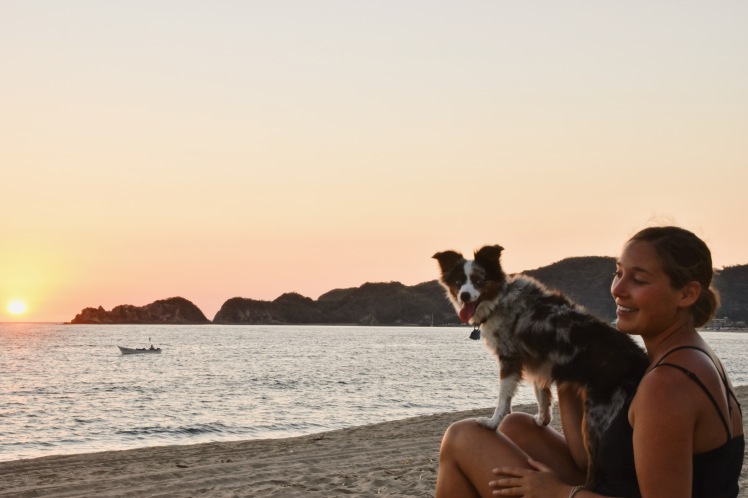